a world they were deprived of by peopling it *

An installation to remember the almost 7 million victims of World War 2; Jews, homosexuals, handicapped, Roma and Sinti who were systematically murdered, merely because of who they were.

You can read below some of the many reactions to this installation. 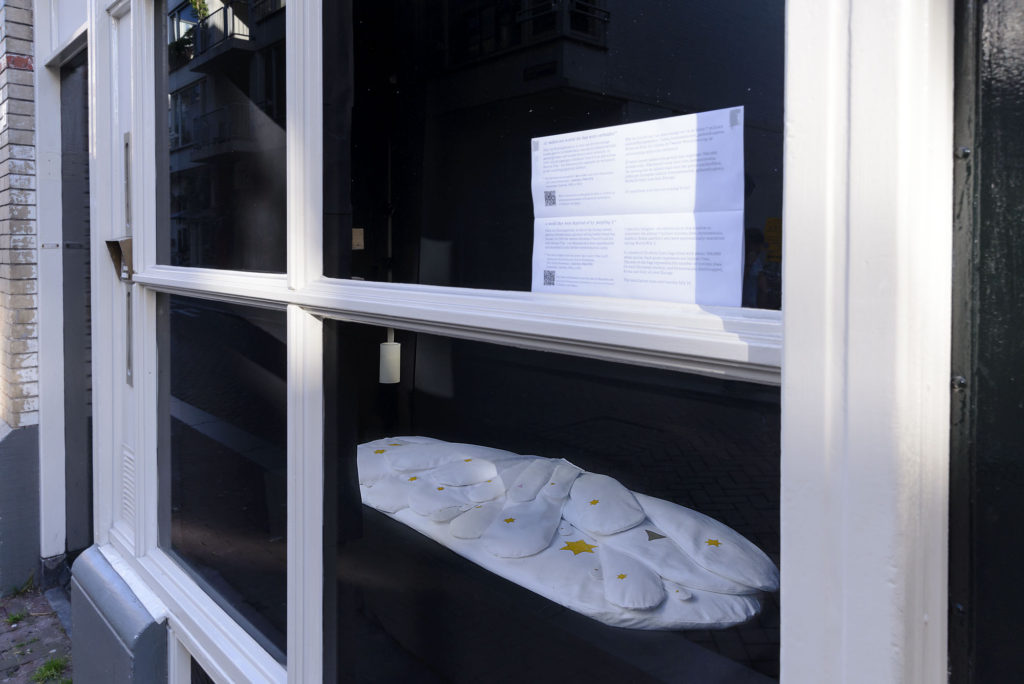 The installation is situated behind the window of Koningsstraat 6 in the Nieuwmarkt area, during the war one of the Jewish ghettos in Amsterdam. Until that time a grocery selling kosher bread was located there. The owners of the shop, Abraham Plas (1876) and Heintje Plas – van Rheenen (1881), both born in Amsterdam, were apprehended and murdered in the Sobibor extermination camp. 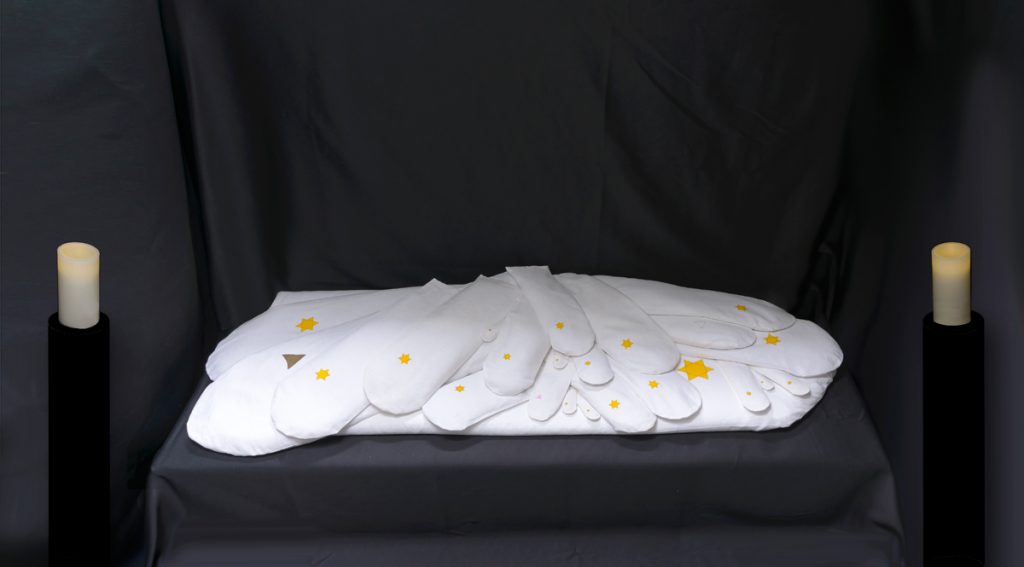 23 white linen bags, filled with wheat grains, lie on a bier. The size of the bags represents the number of victims; Jews for each European country, and homosexuals, handicapped, Roma and Sinti all over Europe. Already before deportation started, Jews were in most countries forced to wear the yellow Star of David. In the camps themselves, homosexuals had to wear a pink triangle, Roma and Sinti a brown one. Handicapped didn’t get a sign at all because they were murdered immediately. 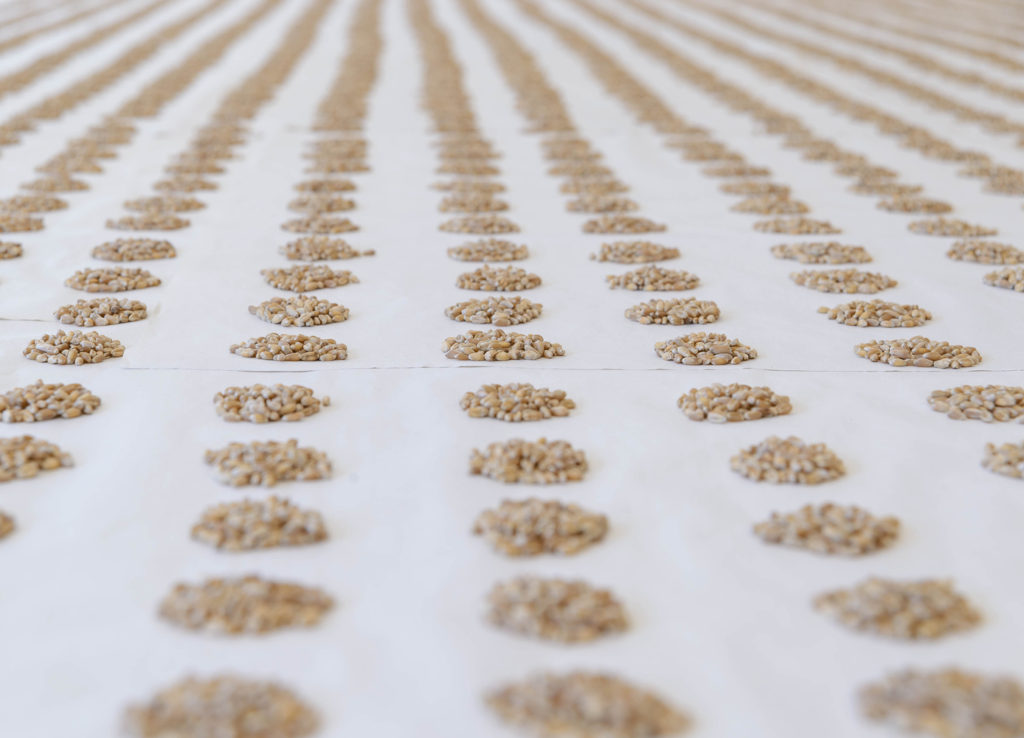 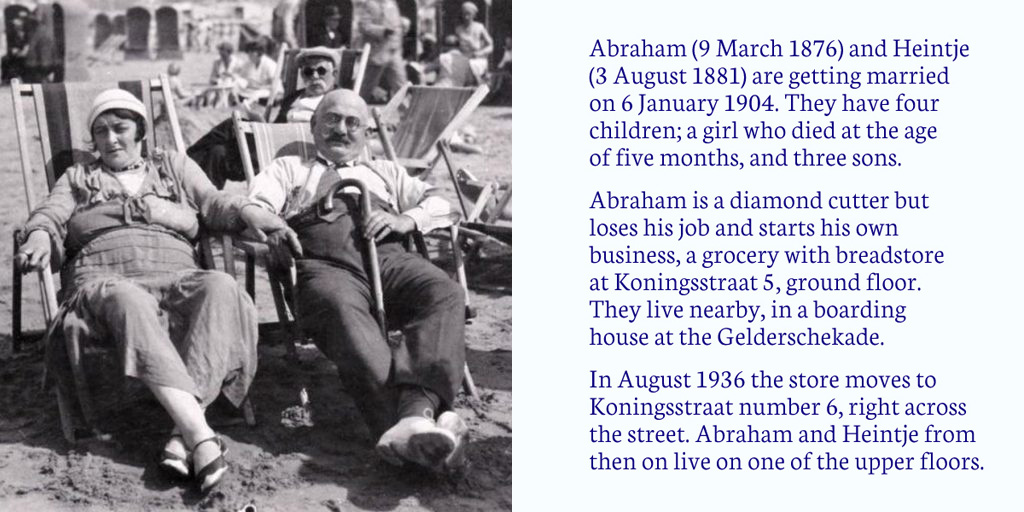 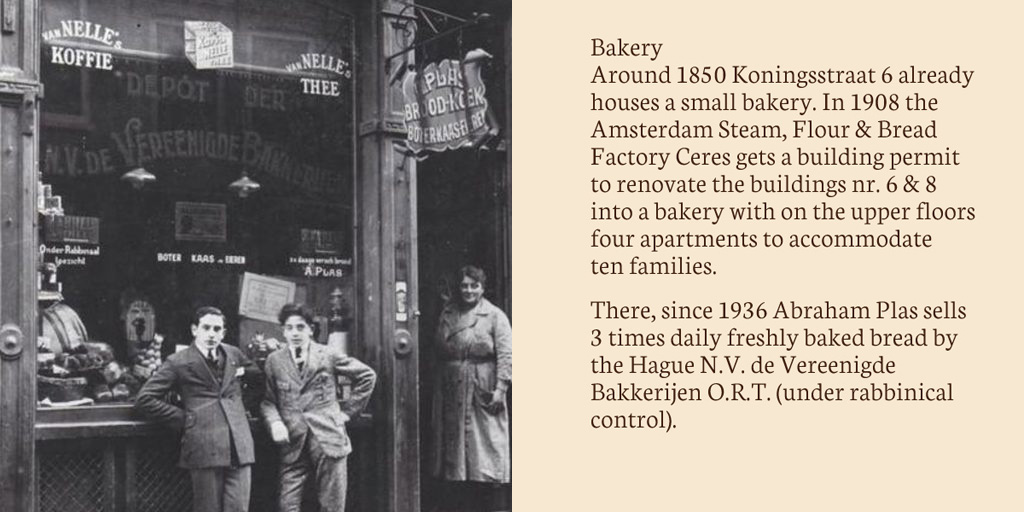 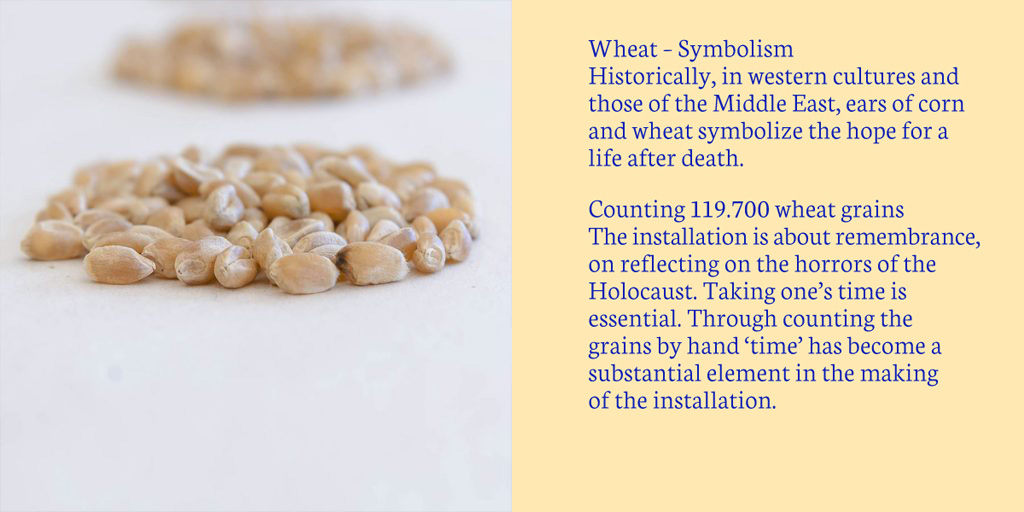 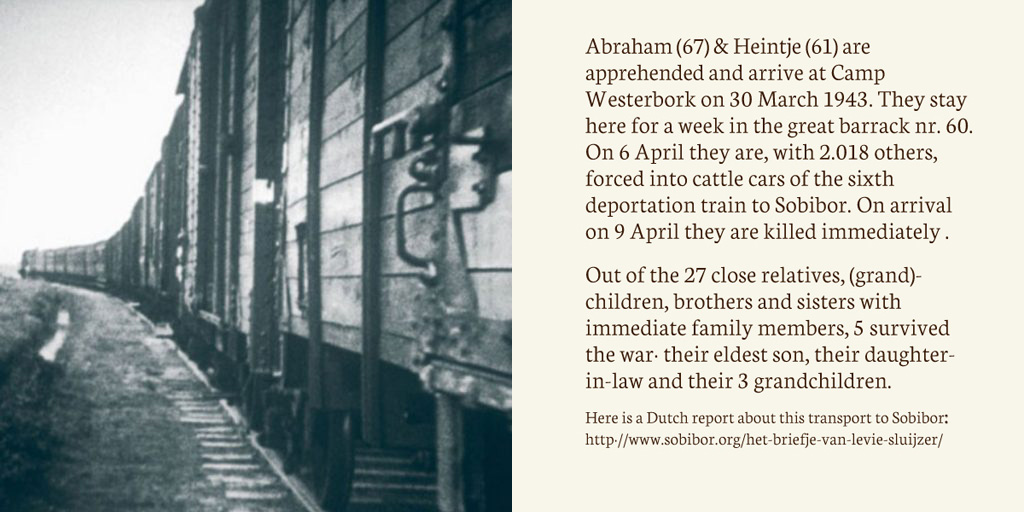 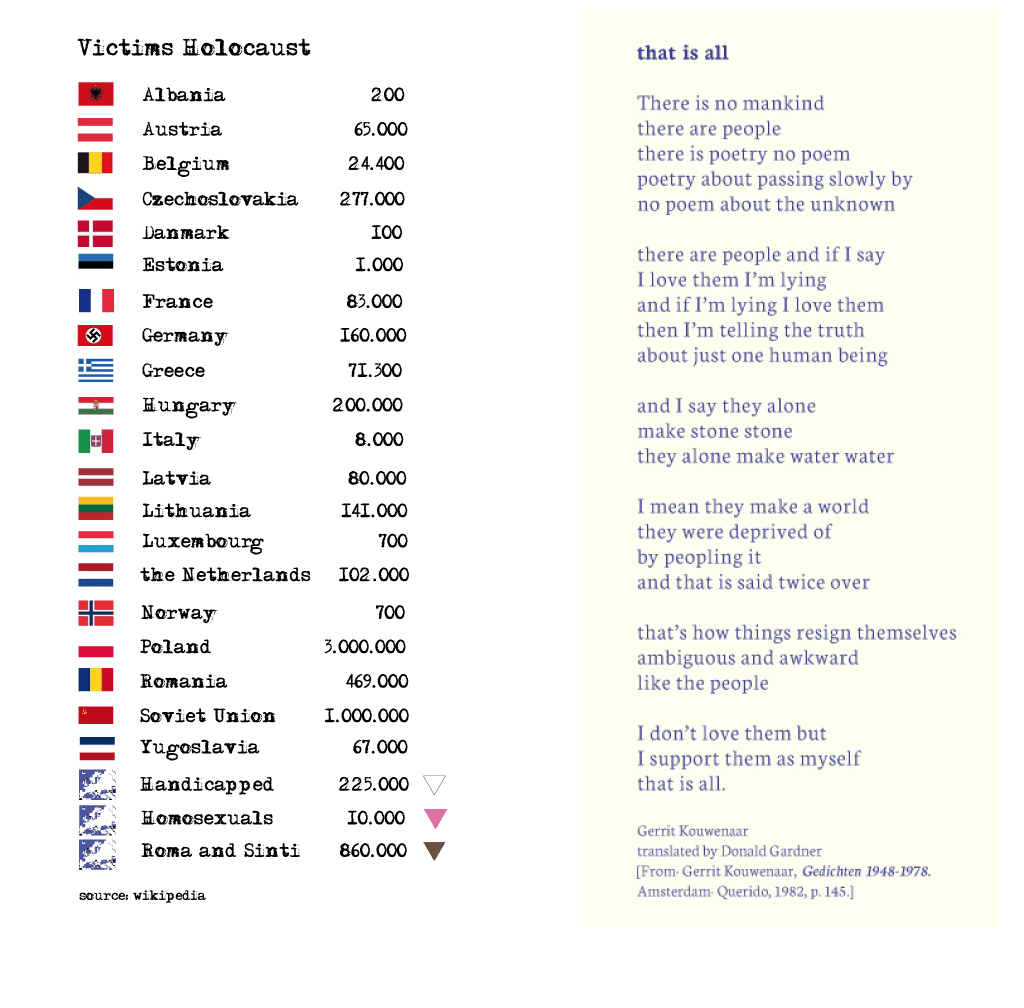 Some of the many reactions to this installation:

I am surprised and touched by this project, although I very well know and experienced what happened to large groups of people who were unaware of any wrongdoing.

Your work is clear about that. I hope that people when they see it are or become aware of the fact that in too many parts of this world a lot still has to be done for people to be able to live in peace. This artwork is your contribution.
Marianne Plas

I find it is very impressive and well-conceived. Your initiative also demonstrates that remembrance and making an impression have no connection with volume or mass. Hopefully, many people will come and take a look at the installation.
Jasper

I went there yesterday. Despite its simplicity and modesty, it is impressive. Thanks to the amount of black behind the installation, the street is reflected in the glass of the window. Thereby it merges the reality of now and then. Due to the black background, the sky turns dark and the street gloomy. Yet at the same time, the sun was shining. I find the symbolism of the wheat grains, the bier and the linen very well found.
Anton

Intense, and as a result, it is a beautiful ‘Memorial’. Also well documented. The poem distances. I appreciated the additional details about the lost lives. Never to forget. Beautiful and touching.
Els

Thanks to the Stichting Kunst en Cultuur Amsterdam Centrum for her contribution to the costs.