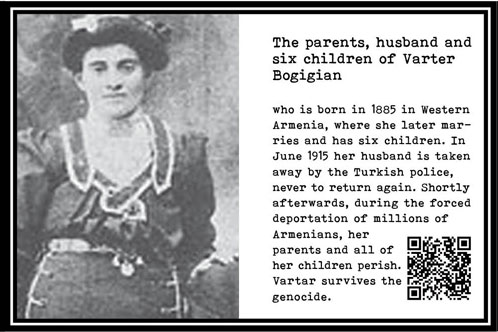 In the second half of the nineteenth century, the power of the Ottoman Empire began to wane, while Russia emerged as a new superpower on the southeastern border of Europe. In 1878 the two powers fight their umpteenth conflict.

As a result of the Russian victory in this twelfth Russian-Turkish war, the Turks are losing parts of their European territories, including Bulgaria and Romania. In Turkey this leads to an uprising of officers who transform multi-ethnic Ottoman society into a homogeneous nation-state based on aggressive Turkish nationalism.

At the same time, the Russians are strengthening their hold on the region, not only in the Balkans and Ukraine, but also in areas in the Caucasus, which are partly in Turkish and partly in Persian hands.

After the First World War, the Bolsheviks did not let grass grow on it and after a short period of independence, Armenia, Azerbaijan and Georgia were incorporated into the Soviet Union. Only after the collapse of the Soviet Union in 1990 do these countries become independent again. 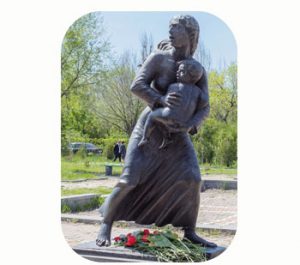 ‘Mother Arising Out of the Ashes’

Photo: Wikimedia CommonsAfter the dramatically ended Balkan wars, a group of Turkish officers commits a coup d’état in 1913 under the name Young Turks. They want to transform Turkey into a modern nation, but because their attempts to connect with England and France are haughtily dismissed, they opt for an alliance with Germany in the First World War. When this leads to heavy losses, the Armenians are designated as scapegoats. Mass executions, expropriations, forced assimilation, artificial famine and the destruction of material culture follow. In May 1915 the deportation of the entire Armenian population to the Syrian desert town of Der el-Z starts. The number of victims is estimated at 1-1,5 million. 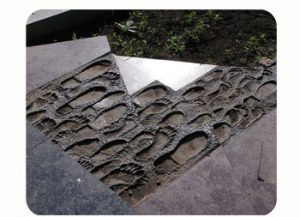 Shortly before the German troops occupy Donetsk in 1941, 200,000 inhabitants flee to the east. Three thousand Jewish families have to move to a ghetto in the White Quarry district. They have to perform no less than 17 hours of continuous forced labour every day. In April 1942 the Germans close the ghetto and kill the 15,000 inhabitants. Many are thrown alive into a deep mine shaft. Donetsk is almost completely destroyed: of the 507,000 inhabitants, just 175,000 are left after the war. A week before the unveiling of the monument in 2006, it is daubed with a swastika. 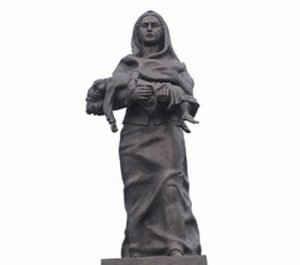 Photo: Baku News
In 1988, an armed conflict breaks out between Azerbaijan and the Nagorno-Karabakh region, which strives for independence and is supported by Armenia. The village of Chodzhali has the only airport in the region and is used by Azerbaijani troops to bomb Armenian areas in Nagorno-Karabakh, resulting in many civilian casualties. On the night of 25 to 26 February 1992, Armenian soldiers invade the village after heavy shelling. They kill 613 civilians, mostly women, children and elderly people, and imprison more than a thousand other inhabitants. 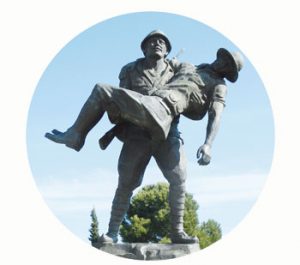 ‘Respect for the Tommy’

Photo: Wikimedia Commons
In 1915, allied forces land on the Gallipoli peninsula to conquer Constantinople, the capital of the Ottoman Empire, which fights on the German side during the war. The attempt fails, resulting in more than 250,000 casualties on each side. The campaign is the first major operation for the Australian and New Zealand Army Corps (ANZAC) sent to Europe because of the First World War. The monument is based on a true story: a Turkish soldier who brings an injured Australian officer safely behind the Australian lines. 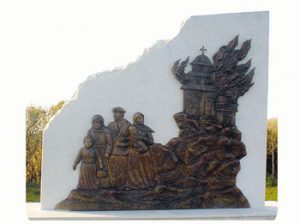 Monument to the Greeks of Asia Minor

Photo: Greek Genocide Resource Center
In the Ottoman Empire, the regime of the Young Turks strives for a homogeneous Turkish nation-state. It sees the Christian Pontic Greeks living along the Black Sea coast, just like the Armenians, as a potentially hostile minority, especially since the Turks are allies of the Germans, while the Greeks have joined the Allies. During raids, large numbers of Greek men are arrested and taken to concentration camps. Between 1914 and 1922, between 750,000 and 900,000 Greeks die in forced deportations and mass killings. 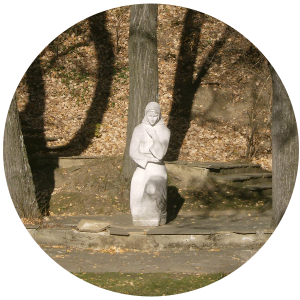 The statue stands at the Sjipka Church, a memorial church built for Russian, Romanian, Ukrainian and Bulgarian soldiers. They are killed in 1877 and 1878 during the defence of the Shipkapass in the Russian-Turkish war. Thanks to the victory of the Russians, Bulgaria becomes an independent kingdom within the Ottoman Empire. Below the church is a crypt with 17 stone sarcophagi, in which rest the ashes of the fallen soldiers. The names of the Russian regiments, as well as those of the dead, are engraved in 34 marble plates.